Is it worth switching to a fixed-rate mortgage right now? 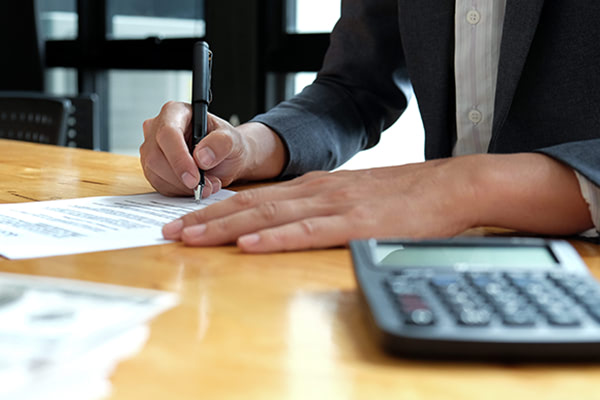 It’s no secret the real estate market has been all over the place for the last year. Between skyrocketing house prices and rock-bottom interest rates, a lot of people have never seen trends like these before. Many homeowners have been asking questions about their own mortgage situation and whether they’re currently getting the best deal. With interest rates so low, is it a good idea to switch to a fixed-rate mortgage to try to lock in some lower rates?

There’s been some recent changes to fixed interest rates. While they’re still relatively low, they have increased for the first time in more than a year. This doesn’t mean a fixed-rate mortgage is bad – it all depends on the person. Certain mortgage products will fit some people better than others. Here, you can learn a bit about which mortgage type is right for you.

First, here’s a quick refresher on variable-rate and fixed-rate mortgages. Variable rates change alongside prime rate, which is largely determined by the Bank of Canada’s overnight rate. Right now, the prime rate sits at 2.45 per cent, which is a very low figure in history. However, it’s important to note this won’t be permanent. The prime rate will eventually increase as the economy recovers from the pandemic, which will raise variable interest rates.

A fixed-rate mortgage will maintain the same interest rate once you lock in your terms. Since interest rates have been on the decline, many people have taken advantage of securing a new, fixed-rate mortgage. However, fixed rates have been rising recently for the first time since January 2020. This is causing people to lock into the current fixed rates before they increase further. As of now, fixed rates are higher than variable rates in many cases.

When to consider a switch

It might sound like switching to a fixed rate isn’t such a good idea after all. On the other hand, there are still advantages to making this change – if it fits your situation. There are three good reasons for transitioning to a fixed-rate mortgage right now.

You’re not planning on moving

Fixed-rate mortgages mean you always know what your payments will be. Since your rates don’t change alongside current rates, you don’t have to worry about whether rates will go up and cost you more money. This is a relief for many people, especially with so much uncertainty everywhere else in the world. A lot of homeowners need the confidence of knowing how much they will owe every month, so they can plan and budget accordingly.

You can act fast

Switching to a fixed-rate mortgage might be a good idea – if you can act now. There has been a huge spike in people wanting fixed-rate terms right now, because of the recent increases in rates. If you want to take advantage, you need to act soon, before these historically low rates go up even more.

When to stay put

When is it not worth making the switch? Just like fixed-rate mortgages, there are a few benefits to committing to a variable-rate mortgage as well.

You’re not certain about future plans

You want to save money now

Variable interest rates may rise eventually. These low figures may not last forever. I think it’s safe to expect to see a time when we’re paying higher rates again. However, variable rates are generally lower than fixed rates right now. If you want to save more right now, a variable-rate mortgage will allow you to do just that. You can probably count on a couple years of saving money before variable rates may start to rise again.

Finally, variable-rate mortgages tend to be more flexible for clients. Since your payments are subject to change, there’s generally more allowance for prepayment options and payment amounts. If you’re someone who needs a bit more flexibility and generosity with your mortgage terms, it’s best to stick with variable rates.

The decision between these two types of mortgages can be a hard one to make. Both have their benefits and drawbacks, and nobody can be certain what the future holds for the real estate market. However, I can help you make the right choice for your future mortgage. If you have any questions about your mortgage terms and whether you should consider switching, get in touch with me here!