Is Barrie still the best bang for your buck? 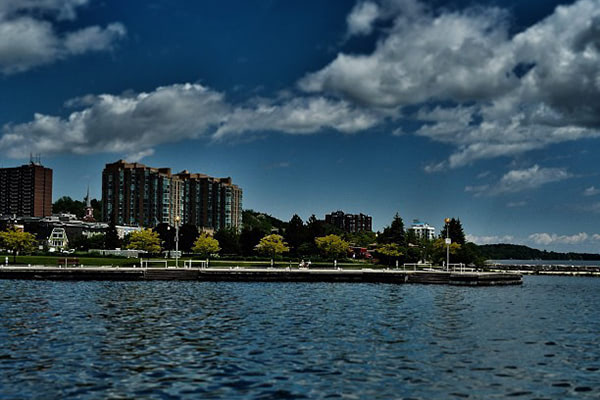 Many of us fantasize about living in the heart of a big city. Films, television, and magazines have convinced us that living downtown is the ultimate indicator of adult success. It’s certainly a romantic idea. A stone’s throw away from the excitement of Toronto and all its many events and amenities! You may convince yourself that living in the city is a practical decision. This assumption couldn’t be further from the truth. If you work in Toronto or the GTA, Barrie is still the best bang for your buck!

A lengthy commute is not something that many of us look forward to. It can be inconvenient and rather expensive, depending on how we do it. However, even at its most expensive in 2020 at 119.9 cents/litre, the commute is still far cheaper than living in Toronto proper.

Assuming you drive a Ford F150 (one of the most common vehicles sold in Canada), you will be spending 14.60 litres/100 km for a trip of 97 km. Giving the most expensive estimate using the most fuel-inefficient vehicle, you will be looking at $17.51 each way. Nearly forty dollars every day may sound scary, but again this is the most expensive estimate with the most fuel-inefficient of the top 10 Canadian cars in use.

Is it really that expensive?

Living in Barrie is much cheaper than in Toronto, but what about the housing market? Where is the best bang for your buck? As of March 2020, the average price of a detached home is $544, 358 in Barrie, as opposed to $1,021,587in Toronto. That’s a 47 per cent increase just by moving one-hour southwest.

Price isn’t the only difference between your average detached home in Barrie vs. that in Toronto. Price per square footage (PPSF) is another matter that makes all the difference. According to a study conducted by Century 21 Canada, the PPSF in Barrie, Ontario, is $283. This might sound steep, but it is 16 per cent lower than the PPSF in Toronto at $317. Living in Barrie over Toronto saves you 16 per cent per square foot. This adds up very quickly! Especially if you have a family of three or four and need the space, or would like a yard.

In December of 2019, it was predicted that Toronto’s housing prices would “skyrocket,” a prediction that has sadly come true. The article goes on to explain that the price gauging present in Toronto is similar to what “inspired Ontario’s Fair Housing Plan” and is “triple what the average millennial can afford.” As disturbing as these numbers can be, Barrie still comes out as the champion here. At a whopping 47 per cent lower prices for housing, 16 per cent less per square foot, and an overall decrease to the cost of living at 30.4 per cent, Barrie is a much friendlier city for homebuyers, whether it be first-time homebuyers or those looking to purchase their retirement home.

Living in Barrie – excitement without the stress!

You don’t need to live in a major city to experience the excitement of one! Barrie is an active, diverse, and inclusive community with many outlets for you to check out. The community has plenty of recreational programs for people of all ages, welcome wagons, two libraries that host a variety of events, and over 300 hectares of green space to play, hike or relax at! Barrie has also been recognized as a leader in accessibility in Ontario, removing barriers for many would-be homebuyers in Southwestern Ontario. You can enjoy a beautiful, scenic city with as much to do and under half the population to contend with! This means that you can enjoy the convenience and excitement of city life without the hassle of overcrowding.

So, whether it’s the money you might save or the lifestyle you are looking to live, Barrie is truly the best bang for your buck! If you are considering buying a home in Barrie and are thinking about getting a mortgage, you can give me a call at (705) 333-4338 or get in touch with me here!