5 big benefits of living in Barrie 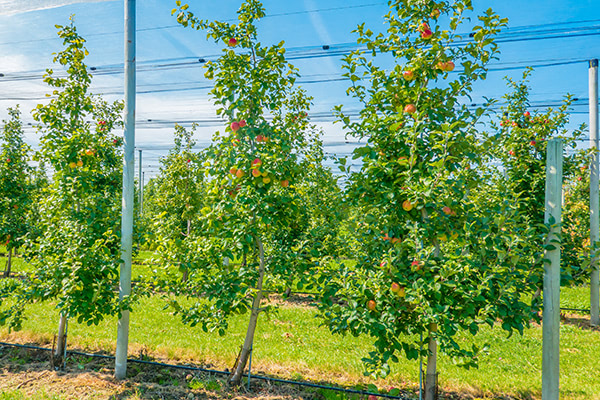 Anyone looking to move has to answer the most basic question: Where to? Often, people move for specific reasons, and they know exactly where they’re going. However, perhaps you’re looking to relocate for financial or family reasons and aren’t sure where to settle. No matter what, a lot goes into your decision to move. Does the thought of living in Barrie deserve any consideration?

If you’re looking for a desirable spot to live but aren’t certain where you want to call home, Barrie offers several big benefits.  As a city on the waterfront, close to Toronto, Barrie has something for everyone. Whether you like an urban or rural atmosphere, nature or city life, you’ll find what you need in this city. Here are some of the biggest advantages of living in Barrie!

Barrie is situated just over an hour north of Toronto. This makes it a great commuter location for people who might work in the big city, but don’t want to pay for Toronto real estate. Some people may also want to live close to Toronto to have access to its entertainment district. With easy access to Highway 400 and trains running from Allandale Waterfront GO Station to Union Station, living in Barrie means you’re never far from Toronto.

Apart from its proximity to Toronto, Barrie itself is located on the beautiful waterfront on the Kempenfelt Bay. It has access to gorgeous nature trails, as well as a charming downtown core. With a population of just over 210,000, Barrie is big enough to have lots to do, but small enough to feel familiar and friendly.

Barrie’s crime rate is low, and a 2020 report from Statistics Canada shares promising details about the city. Some highlights include: 90 per cent of people are satisfied with their personal safety in Barrie. Reported violent crime in the city in 2018 was lower than the national average, with 764 cases per 100,000 compared to the average of 1143 per 100,000. Barrie also saw a 28 per cent decrease in police-reported crime from 2008-2018. Safety statistics were generally on par or higher than Ontario and Canada’s averages. Overall, statistics of violent crime and homicides are low, while feelings of safety and security are on the higher end.

Like most other cities, Barrie’s economy took a hit during COVID-19. However, in normal times the city sees a developing and growing economy that has made living in Barrie desirable. 2018 in particular was a strong year for the city, with record-breaking growth and spending in industrial construction as more businesses moved to and grew in Barrie. Barrie also saw consistent job growth in the area before the pandemic. Overall, Barrie’s location near Toronto has made it a good hub for business and economic growth.

Of course, Barrie is now recovering from COVID-19 along with the rest of Canada and much of the world. Since Barrie had a fairly strong economic presence pre-COVID-19, the city is moving in the right direction.

For families and those with young children, school options are an important part of living in Barrie. Thankfully, Barrie and its surrounding areas have great schools. The Simcoe County District School Board and the Simcoe Muskoka Catholic District School Board both have well-known schools with English and French learning options.

As a city on the water, Barrie provides both urban and nature settings. Barrie has a fun downtown area with restaurants, shopping, and art for residents and visitors to enjoy. The city also has endless parks, trails, and a beautiful waterfront to explore. Living in Barrie gives you the opportunity to rent bikes, kayaks, canoes and set out to enjoy the scenery. It’s unlikely you’ll ever run out of things to do in Barrie! You can read about some of the best activities you can enjoy this summer in Barrie here.

No matter where you decide to put down roots, a mortgage broker is an essential part of buying a home. We can help you understand different products, rates and give you the best guidance throughout the process. If you’re considering buying a home, get in touch with me here!